Released on February 29, 2016, the final Health and Human Services (HHS) Notice of Benefit and Payment Parameters for 2017, sets standards for Health Insurance issuers and marketplaces which includes payment parameters, establishes new standards for improving consumers’ marketplace experience, promote continuity and stability in the marketplaces and ensures affordable and accessible coverage.

Around 12.7 million people selected a plan or auto re-enrolled for the 2016 benefit year, according to data from the recently concluded open enrollment for 2016.  New York and Minnesota Basic Health Programs, a State based program supported by the Affordable Care Act to provide health insurance coverage to low-income individuals, saw about 400,000 people signing up for it; many of whom would have been ineligible to buy qualified health plans on the marketplaces.

Given below are highlights of some of the policies in the final rule. 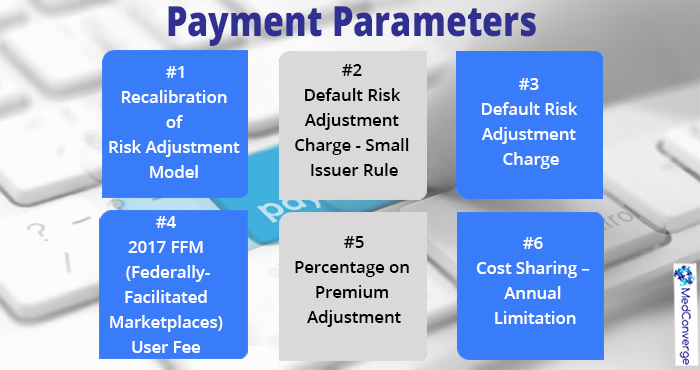 Recalibration of Risk Adjustment Model:
Claims data is used to develop risk adjustment factors that reflect an enrollee’s health risk by reflecting the costs of a given disease in relation to the average spend for its treatment.  However, lag in data use to develop the risk factor makes the costs of treating one disease versus another change over time, which is not reflected in the risk factor.  To take care of this issue, without affecting the stability of the model parameters, the risk adjustment factors for the benefit year 2017 will be updated to reflect multiple years of claims data (2012, 2013 and 2014); in a manner similar to that done for benefit year 2016.  Specialty and traditional drug expenditures will be set at separate growth rates from medical expenditures; something that was not done in the previous years.  Simulation of plan liability for recalibration of the risk adjustment models for benefit year 2017 will incorporate preventive services as well.

Default Risk Adjustment Charge – Small Issuer Rule:
Issuers in a state’s individual or small group markets with 500 or less billable member months will benefit from the separate, lower default risk adjustment charge, beginning from the 2016 benefit year.  This was done with the realization of the dis-proportionally high administrative costs of setting up an EDGE server – in relation to the number of transfers that would occur.

2017 FFM User Fee:
The FFM (Federally-facilitated Marketplaces) user fee rate is calculated to cover user fee-eligible costs.  Keeping the rates unchanged from 2014 through 2016, the FFM user fee rate for 2017 also remains at 3.5% of premium.  However, a reduced user fee rate of 1.5% of premium for benefit year 2017 will be charged from issuers who operate in a State-based Marketplace on the Federal platform (SBM-FP).  This is being done with the aim to ease the transition for SBM-FP States and allow additional flexibility in the assessment of these charges for them.

Percentage on Premium Adjustment:
Covering increases over the years 2014-2017, the premium adjustment percentage for 2017 is approximately 13.3%, which works out to an average annual rate of 4.3%.  Based on the most recent National Health Expenditures Accounts projection of per enrollee employer-sponsored insurance premium, this percentage measures the increase in average health insurance premium since 2013.  The rate of increase for the three key parameters – the maximum annual limitation on cost sharing, the required contribution percentage for eligibility for a hardship exemption under section 5000A of the Code, and the affordability percentage for calculation of assessable payment amounts under section 4980H(a) and (b) of the Code; is set using the premium adjustment percentage.